Technically not in San Diego, but actually on Coronado Island. The hotel, known to most as The Del, opened in February 1888. Hotel del Coronado debuted as an architectural masterpiece, acclaimed for its spectacular seaside setting. The Del was a destination resort before the term existed, attracting a wealthy clientele from the Midwest, East Coast, and Europe. These guests – who arrived with their own servants in tow – generally stayed for months at a time.

The grounds of the Del Coronado are lovely. There are plenty of areas to explore and find that perfect instagram location on the property. You’ll find about 7 areas for food and dining. We love the Sun Deck.

We prefer the Cabana rooms at the Del. The ones located around the pool are the best as they open directly onto the beach and sand. Our second favorite room is anything in the Victorian Building. Some of those rooms offer a partial ocean view.

Of course there are many fun things to do at the property. Aside from the beach and pool, just lounging with a drink is nice. During the holidays you’ll want to eat in the legendary Crown Room, which is also open for the occasional Sunday brunch. During winter months there is ice skating on the lawn. And if you have time, visit the spa for a wonderful treatment.

Other Places To Consider In San Diego

Other Interesting Blogs For You 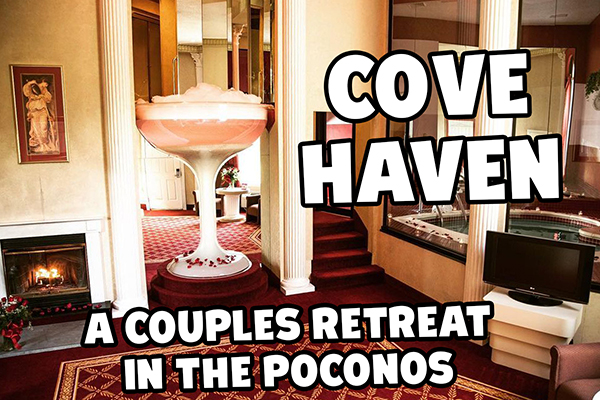 Cove Haven - A Couples Retreat In The Poconos Nestled on shores of Lake Wallenpaupack, in Pennsylvania lies Cove Haven Resort.  Famous for being not ... END_OF_DOCUMENT_TOKEN_TO_BE_REPLACED

Hotel Clermont, An Atlanta Institution The hotel was originally built as high-end Bonaventure Arms Apartments, with substantial amenities for the time such as two elevators. ... END_OF_DOCUMENT_TOKEN_TO_BE_REPLACED